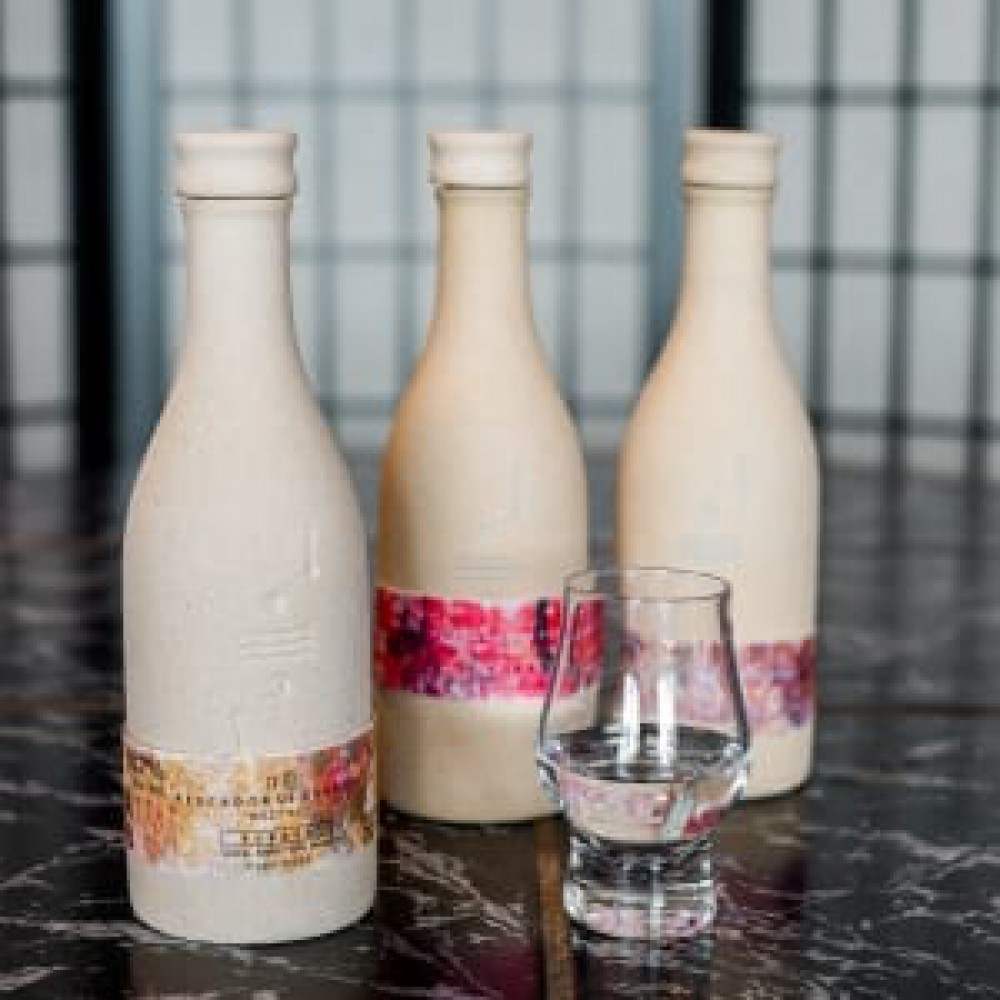 Mezcal for a change... A love potion

Most of my work at Best of Whiskies has everything to do with whisky and rum, but sometimes I get to add other cool spirits to our ever-expanding stock list. Recently we have added some very high-quality, exceptional Mezcals. It’s very cool and funky stuff, but to be honest, I was sceptical at first. ## That being said, after the first sip I was astonished by the high standard of these drinks from Pescador de Sueños, distributed by Santa Sabia, a company that buys Mezcals from local distilleries.

These Mezcals from Pescador de Sueños are meant to be enjoyed the same way we like to sip our Scotch. When I was younger, I have had my taste of bad tequila and mezcal in clubs where I tried to impress the fairer sex with my dancing… I guess we all did. In my case however, it never worked out quite the way I planned.

This Pescador de Sueños however, is totally different from what I remember from those days. When visiting one of my distributors, I was truly surprised. We had a good long chat and I decided to include them in our range.

Before I dive into the tasting notes of the Pescador de Sueños’ selection of Mezcals, the Cuishe, Cuishito, and Tobalá, let’s get a little background information on them first.

These Mezcals are produced in the Santiago Matatlán area, pretty much Mexico’s own Speyside region. However, unlike Scotch, it is the age of the agave that defines the dram, and which adds complexity to the drink. The older the agave, the more sophisticated the drink. The agaves used are of different varietals, and Pescador de Sueños is known to make bold choices when it comes to rare agaves. Did you know that Mezcal can even show terroir?

Some of these plants are on the brink of extinction. No worries, to my understanding they replant them for future generations and only use what they need.

As the story goes, the native inhabitants of Santiago Matatlán trek into the jungle in search of these older plants, and map them for future generations. You see, it’s also a cultural thing!

The production process in a nutshell:

To get to the heart of the plant, or piña, first the leaves are cut away. The leaves are bitter and cannot be used in the production. The piña is basically one big ball of carbohydrates that can weigh up to 60 kgs. The distiller cuts the piña in halves and cooks it in an earthen oven, or horno, for up to 48 hours. During the cooking process, the carbohydrates are converted into sugar. The cooking also adds new flavours due to caramelization of the piñas. The piñas will rest for two days to set, after which a juice named aguamiel is extracted.

After the cooking process the piñas are squashed to a mush prior to fermentation. Sometimes mules are employed to press and squash the agaves. A cutting edge technology by comparison, since using a hammer to smash the piñas into a pulp is still the preferred method. I love that touch!

A liquid is extracted from the pulp, which is combined with the aguamiel from earlier. The distiller sometimes adds sugar molasses or corn syrup at this stage. Now the process of fermentation can start. Pescador de Sueños uses only non-commercial natural yeasts that have originated in the proximity of the distillery. How cool is that? Because of these natural “wild” yeast strains this process can take up to 30 days! The longer the better!

After the fermentation, the juice is ready to be distilled. At Pescador de Sueños, this is as old school as it gets. Seriously, these Mezcals are distilled twice in stills made of clay! Or at least most of them. The use of copper stills binds molecules in the produced spirits, both good and bad, while the use of these clay stills gives more flavour to the products. The clay stills at Pescador de Sueños are as traditional and artisanal as the ones used by the native Nahuatl tribe to make a drink called “Men Ztac octli” hundreds of years ago. After the distillation the Mezcal is commonly matured on bourbon casks.

Well, I think that pretty much covers the production process. Let’s get on to tasting some of those Mezcals. No salt and lime needed, and no: there’s no worm in it, that’s only for the cheap stuff. Like I said, this is the funky sophisticated drink!

Let’s start with the one called Cuishe, named after a type of agave from the Maguey family, which grows in the Santiago Matatlán area. It is the garden-variety agave used for Mezcal. Organically crushed (hello Mr. Donkey, do you like your job?) and cooked in an earthen oven (horno), the resulting Mezcal is double distilled in a copper pot still and has aged for 12 years.

Nose: A little spiritous in flavour, but in a good way, almost like a newly made Scotch. Earthy tones, potatoes and shitake mushrooms. Reminds me of Irish moss (sphagnum) on a wet forest floor. Under the influence of some oxygen it’s shifting towards almonds/macadamia and green asparagus, sparrowgrass-like.

Balance and complexity: This Mezcal is well balanced. Both the nose and the taste have similar savours. Man, I love the asparagus in there.

Comments: A very smooth, easy going, entry level Mezcal, still very funky and in no way anything like a commercial type of Mezcal. Very likeable!

Let’s move on to the Cuishito, named after a different varietal of Maguey agave from Santiago Matatlán. A little more funky, this one, and aged for 13 years. Once again, organically crushed by mule and cooked in an earthen oven (horno), fermented in a Sabina wooden tub and also double distilled in a copper pot still.

Nose: Pine needles and holly it is. Some star anise, laurel, and pear drops; maybe more of a peach-like sweetness. Raisins, sandalwood and cedar tones. Maybe even a hint of coconut confectionery? Very likeable.

Finish: Long and dry, more like oaky turning to laurel

Balance and complexity: Again, very well-balanced and complex tones. As a Dutchman I’m a sucker for a laurel/anise tones.

Comments: Initially it needs some oxygen to open up, but what a dram! It keeps evolving to new tones. Totally different from the Cuishe, still a very pleasant dram… more of a winter Mezcal, if there is such a thing.

Finally, let’s taste the Tobalá. This is also an agave from the Maguey family, the Agave Potatorum to be precise. Hailing from the same Santiago Matatlán area, this one is a wee bit more funky, as it is one of the rarer varietals of agave. This Mezcal has aged for 14 years. Organically crushed by hand with a wooden hammer, so I guess Mr. Mule gets a day off when they produce this type of Mezcal. This one is also cooked in the horno, fermented in a Sabina wood tub, and double distilled in a yes, a clay pot still!

A very artisanal and old-school Mezcal.

Nose: I found my thrill on Blueberry… no, wait: Strawberry Hill. Really, there’s strawberry cheesecake in here. Cherries and barley. It does have some meat tones… or maybe more like old leather. Lemon zest is definitely there. Some charcoal /peat in the background. And there is that yoghurt note again. Some liquorice and chocolate, very nice.

Finish: Very long and dry finish, which is always good with some liquorice.

Balance and complexity: Very well balanced to my honest opinion. It has a more smooth character, although still high in alcohol, you just would not tell.

Comments: Holy Tombola, I mean Tobalá for a change! What a lovely nose this dram has. Now, this is something that makes me very happy. I don’t mind to sit down on a hot summer night and a enjoy a dram or 2 from this baby.

There’s another product from Pescador de Sueños, named Pechuga. That is a type of Mezcal where they hang plucked chickens over the clay stills to cook. The cooking juices from the chicken drip into the distillate for extra flavour. After the distillation, the people throw a big community dinner where the “steamed” chicken is sold to the highest bidder. The proceeds of this auction are put toward public maintenance, for instance the church. The chickens are then eaten at a big feast, of course with some Pechuga to wash it down. With this approach, everybody wins!

I have completely fallen in love with these products. I can personally recommend to try them. They will not disappoint you in any way. It’s always nice to try something different for a change. A lot is said about Mezcal; there’s even an urban legend that it is a love potion. I guess it kind of is, because I fell in love with the product.