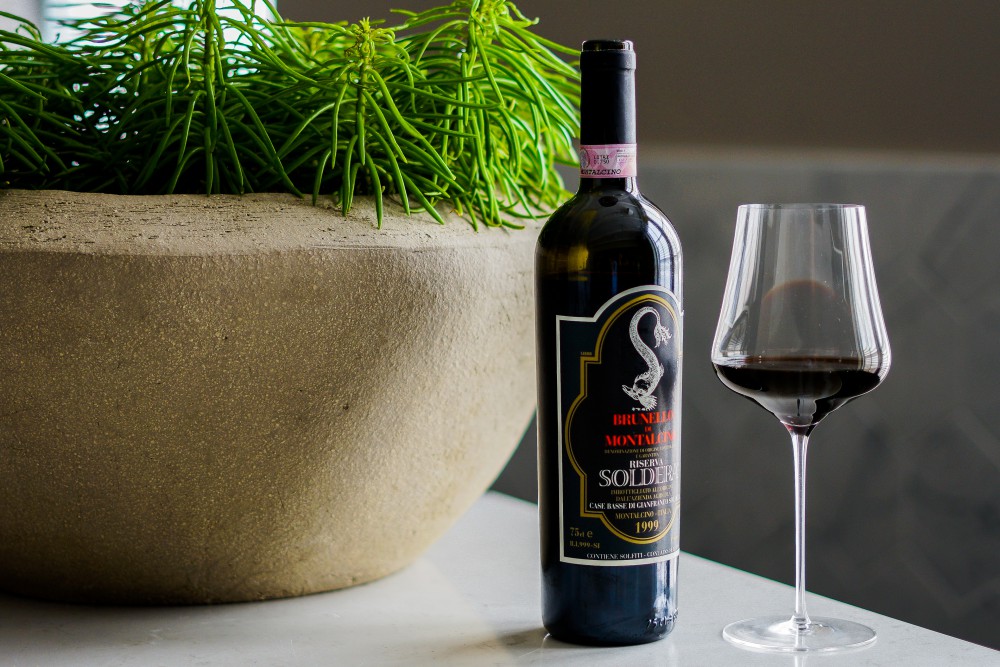 One of Italy’s most celebrated producers Soldera

Soldera is probably one of the biggest icons that Brunello di Montalcino has to offer and one of the finest wines you can find in Tuscany.## Due to the very small production and the very devoted fans of Soldera it is one of the more difficult to find wines from Italy.

The main goal of Gianfranco Soldera of the Case Basse is to create an amazing wine through completely natural vine growing and winemaking processes. The vineyards were planted at Case Basse between 1972 and 1973.

In March 2013 Soldera made the headlines all around the world when a former employee broke into the cellar and opened the taps of the casks. Almost two third of 6 vintages (2007 – 2012) where destroyed.

We tasted the 1999 Brunello di Montalcino Riserva several times and it was always one of my favorites. The complex aromas of earth and herbs, with black cherry and dried fruit and tobacco. A lot of structure, bold tannins, licorice flavors, a long finish. This is really special, a great effort of Soldera and if you can find a bottle 1999 it’s worth the extra money.