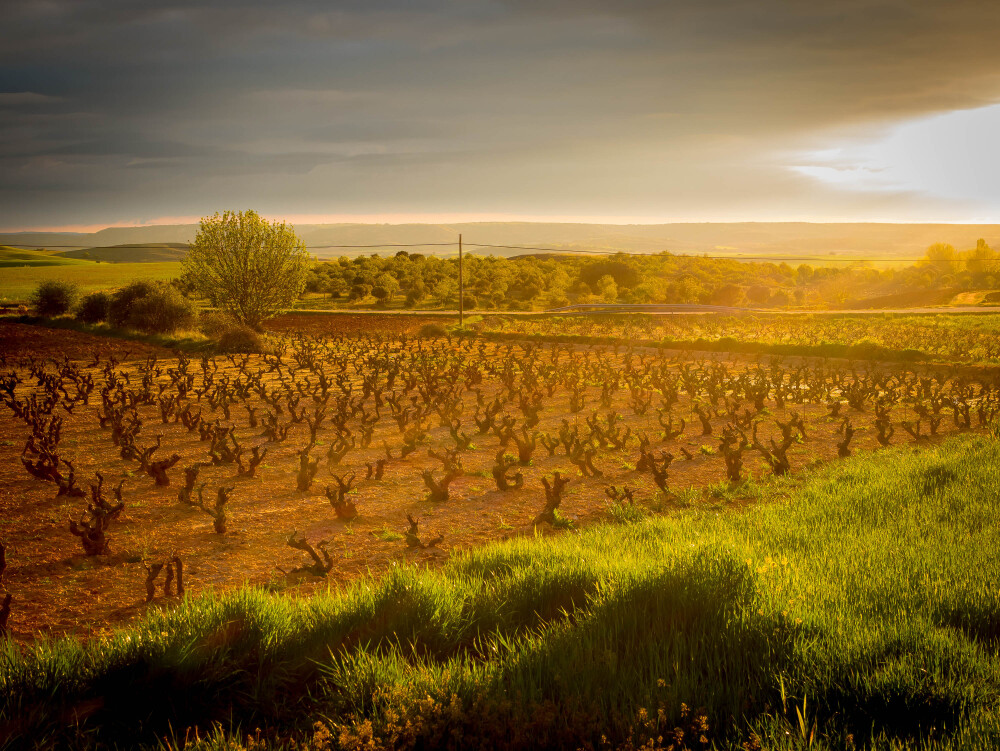 Ribera del Duero, perhaps the area in Spain with the highest quality in wines, should be no stranger to most wine lovers. Ribera del Duero is synonymous with quality and for connoisseurs it may immediately bring Vega Sicilia or Pingus to mind, two of Spain's most prestigious wines.

In this blog, you'll read everything there is to know about Ribera del Duero, the top wines from this DO ánd to have a chance to win a wine fridge ‘Polignac Duo’ from Schreuder & Waterman!

How it all began – Vega Sicilia and Pesquera

Ribera del Duero cannot be separated from its most famous bodega: Vega Sicilia. And this goes both ways actually. Spain's most legendary winery was founded by Don Eloy Lecanda in the year 1864, when the area around the River Duero was still an inhospitable plateau, inhabited mainly by flocks of sheep. Vega Sicilia quickly established a great reputation for its full-bodied, rich wines from Bordeaux varieties combined with the local tinto fino (tempranillo). A reputation that stands firm to this day. It was not until the 1970s that we saw a second bodega that began to distinguish itself from the rest. This winery - called Pesquera- was founded in 1972 by Alejandro Fernández. Fernández was a passionate winemaker who believed that Ribera del Duero was destined to become one of the world's best wine regions. He was a man with prevision, you could say with the knowledge of today.

The reputation and success of these two individuals and their powerhouses of red wines rapidly preceeded them, and from the 1980s onwards, more and more ambitious winemakers arrived, who had been educated elsewhere and who saw plenty of opportunities in this relatively unexplored region. Among that influx of talented young winemakers was the Dane Peter Sisseck, who was determined to make the best wine in the world in Ribera del Duero. With his first vintage, he immediately attracted the attention of the international wine press. Robert Parker noted in his assessment of Sisseck's 1995 vintage: “One of the greatest and most exciting wines I have ever tasted”. And the rest is history… By now, Sisseck's wine - and we are of course talking about Pingus - has reached cult status.

This capital injection, both in terms of technical insight and financial resources, ensured that the overall quality of the wines from all over the region improved enormously. The wines are even considered so good that a DO (denominación de origen) was established in 1982, including a Consejo Regulador, a regulatory body that monitors the quality of the wine from a specific region of origin. The quality wine region Ribera del Duero was born.

ROBERT PARKER On PINGUS 1995: “ONE OF THE GREATEST AND MOST EXCITING WINES I HAVE EVER TASTED”

Which factors determine the success of Ribera del Duero?

What Don Eloy Lecanda and later also Alejadro Fernández had spotted very well is that the area around the river Duero is extremely suitable for the production of quality wine, caused by a number of critical factors.

First of all, there is the harsh continental climate that cannot be compared with the friendly climate that we know from the Spanish Costas. The locals themselves describe it as “9 months of winter, 3 months of hell”. Everything in Ribera is intense. The number of sun hours is 2,400 per year. During the three summer months it is scorching hot during the day (hence "hell") without a drop of rain and in winter the mercury easily drops to -20 °C and even lower. Perhaps most important for the quality of Ribera wines is the temperature difference between day and night (diurnal range) during the growing season. Due to the location of the vineyards between 720 to 1,100 meters above sea level on the Spanish mountain plateau "Meseta Central", temperatures drop dramatically at night. Even in summer it can be surprisingly cold at night! Grapes, however, love that temperature difference between day and night. During the warm days, the grapes receive plenty of sun and heat to ripen perfectly. Then, at night, the photosynthesis that ensures that ripening, is abruptly interrupted, causing the grapes to go into a state of shock, so to speak, and thus to settle down and - very important! - hold their acids well. You can taste the result of this in the wine. Ribera del Duero wines are full, ripe and robust and generally have a substantial alcohol percentage, but also always have a pleasant amount of acidity that ensures finesse and a good balance.

The river Duero, namesake of the DO, of course also has an important impact on the wine region. The proximity to the river moderates the temperature in the surrounding vineyards and protects the canes against night frost in the spring and autumn. The river also creates stone-rich deposits. In the upper vineyards, the soil mainly consists of limestone and clay.

Another important point for the quality of Ribera del Duero is the high percentage of old bush vines from the tinto fino grape (also called tinta del país). Some even date from the pre-phylloxera era! Tino fino is a clone, a local variety of the tempranillo grape. The power of old vines lies in the fact that they are so deeply rooted that they can survive, even in extreme drought. And although the yield of old vines is much lower than that of younger ones - both in the number of bunches and the size of the grapes - the concentration and power of the wine they yield is unparalleled.

The different classifications: what do they actually mean?

Although a small proportion of rosé and white is also produced in Ribera del Duero, we limit ourselves here to the red wines. By law, these must consist of 75% tino fino, possibly supplemented with varieties such as cabernet sauvignon, merlot, malbec and garnacha tinta. As in the rest of Spain, in Ribera del Duero a distinction is made between the classifications cosecha, crianza, reserva and gran reserva to indicate the wood aging of the wine. Joven wines have had no or only minimal (oak) maturation, Crianza's have matured for at least two years, of which at least one year in oak. Both styles deliver accessible wines, full of red and black fruit and a subtle touch of vanilla. Reservas mature for at least three years, of which at least one in oak. Gran Reservas are out-of-class wines that only appear in peak years and are legally held back for the longest time before they appear on the market: a total of five years of which at least two in oak barrels. These are particularly layered and complex wines whose profile and build resemble the old tino fino vines from which they originate: knotty, powerful, earthy with intensely dark notes of chocolate, tobacco and leather.

To make things even more complicated, there are also producers who do not observe these fixed qualifications at all and release their wine whenever they themselves deem it ready. A typical example is the Vega Sicilia "Unico" 1968 which was only released at the same time as the 1982 vintage: in 1991!

To conclude, we can state that Ribera del Duero is quite a special wine region that appeals to the imagination. And in addition to the well-known cult wines there are still plenty of hidden gems to be discovered by wine lovers!

Has this blog sparked an interest in the wines from this area? Best of Wines stocks several Ribera del Duero wines, including several vintages Vega Sicilia ‘Unico’ (2003-2010), Vega Sicilia ‘Valbuena’ (2013-2015) and Vega Sicilia ‘Reserva Especial’ (2015-2020). Of course you will also find Pingus, Dominio de Pingus' second wine Flor de Pingus and their very friendly priced PSI there. Perhaps a little less cult, but certainly not less in quality, are the top wines from bodegas such as Aalto, Alion, Emilio Moro and Félix Callejo. And a wine like the Pruno 2014 from Finca Villacreces could well be the ideal house wine for lovers of solid Spanish red.

All orders that include one or more Ribera del Duero wines, join a prize draw, in which we are permitted to give away one Schreuder & Waterman "Polignac Duo" wine fridge. This wine fridge can accommodate 33 bottles and has two different temperature zones. This promotion has a duration of six weeks and ends on May 31, 2021.

Order one or more bottles of Ribera del Duero via our website. With every purchased bottle of Ribera you participate 1x in the giveaway. You can of course participate with as many bottles as you like! The promotion will run for six weeks and will end on May 31, 2021.